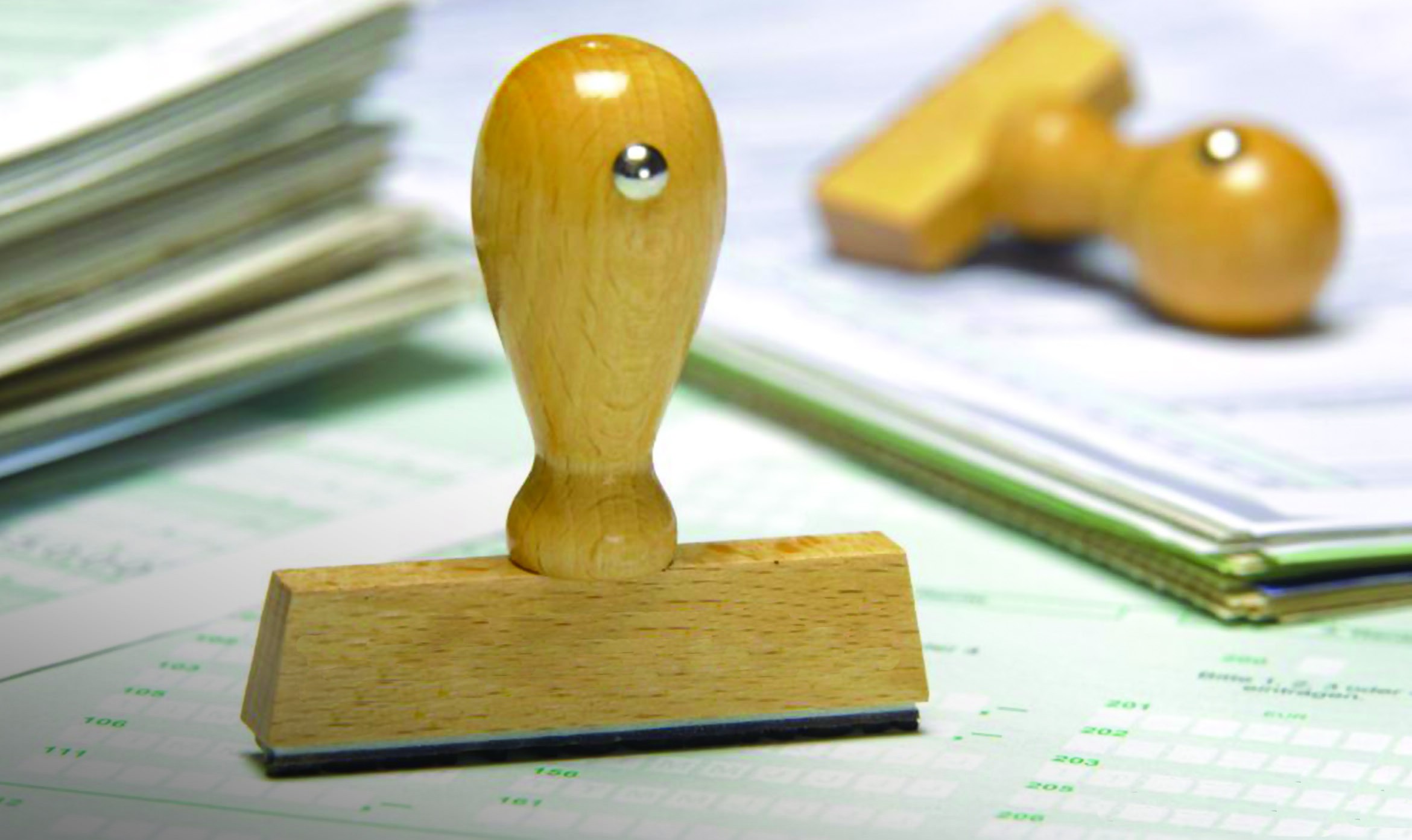 Antislot regulations: the state council awaits the decision of the constitutional court  on the competence of the common municipalities, in the  absence of a regional law

Accepting the first motive of the respondent, the State Council recently suspended the judgment on the appeal lodged by the City of  Vicenza for the reform of the judgment of Tar of Veneto, which annulled the antislot measure adopted by the municipality itself.
The College was explicitly requested to assess in advance the recurrence of the grounds for the suspension of the proceedings pending the Court’s assessments according to the extent of the expulsion effect determined by the contested measure. Following the hearing, during which the request was reiterated, the College decided to pronounce itself as said, suspending the pending judgment by the Constitutional Court on the question of legitimacy raised by Tar Piedmont in relation to article 50 comma 7 of the TUEL, in so far as it does not confer the power to regulate gambling in the municipals (see, in particular, two ordinances of Tar Piedmont No. 200 of February 14, 2013 and No 990 of  September 18,  2012 with which the question has been raised).

However, at the same conclusion (suspension of the trial under Article 79, comma 1, of the administrative procedural code and article 295 of the CPC), the same State Council had already received similar judgment (see, in particular, Order of the Council of State No. 6404/2012 of  December 13, 2012).

In the present case, it has been pointed out that the regulation adopted by the City of Vicenza – which imposes territorial limits on the opening of gambling and use of the equipment, and which also attributes to the mayor the power to limit the opening hours and the use of said equipment – was adopted, as stated in the resolution of the City Council, “pursuant to Legislative Decree 267/2000 e s.m. e i ” (That is, the Tuel).  This is of the same article 50, comma 7 of the TUEL, with express reference also “to article 49 of Legislative Decree 267 of August 18, 2000” relative to the “favorable opinion to the proposal for a resolution on technical regulation” (see in particular Resolution No. 62/86323 of  December 19, 2011 on the adoption of the Regulation and article 11 of the Regulations of the City of Vicenza).

Considering the merits of the matter brought to the Constitutional Court, one may recall what follows.The evaluation of the usability of Article 50, comma 7 of the Tuel, as anticipated by the Constitutional Court, would complete the case law on the existence or not of a direct competence of the municipalities, in the absence of a regional coverage law (or of the respective autonomous province ), regarding gambling.

As is well known, it has happened that some mayors, including the one in Vicenza, have considered it possible to intervene, when there is no coverage of a regional law in the regulation of public gambling, setting new and further limits than expected by the national legislature (for example, distance from sensitive places or opening hours for locations used for gambling access to equipment in other commercial establishments) by leveraging alternately two rules which, for other purposes, and for other sectors, assign power to regulate to the municipalities. In particular, these are:

1.  Article 50, comma 7 Tuel, according to which “the Mayor, …, coordinates and reorganizes, on the basis of the addresses given by the City Council and within the criteria that may be indicated by the Region, the timetable for business, public and public services , … to harmonize the completion of the services with the both the complete and general needs of  the operators”

2.  Article 54 comma 4 Tuel states that “the Mayor, as Government Officer, adopts, by reasonable act and in compliance with the general principles of law, contingent and urgent measures to prevent and eliminate serious dangers that threaten public safety and urban security”

It is true that with regard to Article 50, comma 7, of the TUEL, Tar Piedmont stated that “connected to the profile of the lack of competence is, moreover, that of the lack of a cover law, which allows the municipality to adversely affect subjective personal situations associated with freedom of economic initiative. This cannot be deemed to be the legal provision of Article 50 comma 7 of Legislative Decree 267 of 2000, which allows the Mayor to exercise the power to set timetables for public exercises but only “in order to harmonize The fulfillment of the services with the complete and general needs of the operators “and not even for State-owned public security purposes.” In particular, TAR considered the question of the constitutional legitimacy of Article 50, comma 7 of Legislative Decree n. 267/2000 and Art. 31,  comma 1, legislative decree n.  201/2011, converted into law n. 214/2011, “in so far as they determine a situation of absence of normative principles in contrast to the pathology of “ludopathy” or an addiction to gambling and exclude the competence of municipalities to adopt regulatory and procedural acts aimed at limiting the use of gambling devices referred to in comma 6 of art. 110 of the R.D. 18-6-1931 n. 773 (Approval of the only text of the public safety laws) in any exercise authorized by it pursuant to art. 86 of the same law, for breach of Articles 118 and 32 of the Constitution “. Moreover, in the remand ordinances it is stated that “(…) the prevailing norms violate the constitutional precepts of art. 32 and in particular Article 118 of the Constitution, which states that “administrative functions are attributed to the Municipalities unless they are assigned to provinces, metropolitan cities, regions and states on the basis of the principles of subsidiarity, differentiation and adequacy, in order to ensure their unitary exercise. (…) “. As regards the alleged infringement of Article, the TAR states that “the current legislation does not protect public health by combating “ludopathy”, since the public function does not take into account the authorization to use gambling equipment released on the previous date to the discipline of conversion of the Decree Law 13 September 2012, n. 158 “.  It is possible that the Constitutional Court can and will clarify these circumstances.

In anticipation of the Constitutional Court in relation to Article 50, comma 7, the jurisprudential framework of the regulations adopted in the absence of regional law (or its autonomous province) would be completed, ‘art. 54, comma 4, of Tuel, on April 4, 2011, the judgment of the Constitutional Court n. 115/2011 has already declared the illegitimacy of the article where it allows the Mayor, as Government Officer, to issue non-contingent and urgent measures, which have an indefinite effect. According to the Constitutional Court, the censured standard, in providing for a power of order of the Mayors, not limited to contingencies and urgent cases, would violate the Constitution and, in particular, the relative legal reserve referred to in art. 23 as “affiliates … (which)are obliged, according to a supreme principle of the rule of law, to submit only to the obligations to be done, or not done or to provide (that which is) generally provided by law”, art. 97 “which also establishes a relevant legal reserve in order to ensure the impartiality of public administration, which can only implement, even with further regulatory determinations, what is generally provided by law”, as well as ‘art. 3, “as it allows the administrative authority – in the kind represented by the mayors – different and varied restrictions, resulting from multiple assessments, not attributable to a single legislative matrix.”

That being said, it should be remembered that once the above-mentioned framework is completed, one cannot ignore the impact assessment of the phenomenon of the expulsion effect.  Although it will be necessary to monitor the progress of case-law assessments regarding regulatory powers of the regions, regardless of the evolution, the regulatory framework is still far from being stable.