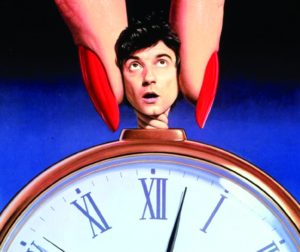 01 Sep Are the time restrictions imposed at the local level proportionate? (Gioconews september 2015)

Posted at 09:38h in Articles by GCLEGAL

Are the time restrictions imposed proportionate? The Council of State is looking at daily opening hours granted to legal operators. – Regarding the matter of time restrictions, the Council of State, which recalls the Constitutional Court, is silent on the eligibility of the measure and on the distinction between legal and illegal gambling or on the incompatibility with standards of service, but offers an important evaluation of the question of proportionality of the limits imposed on legal operators.

In light of ruling n. 3778/2015 of August 1, 2015, the Council of State has concluded a pending case regarding a 2011 appeal against time restrictions on gambling machines enacted by Salerno’s Municipality. The Court rejected the appeal which essentially argued against the municipality’s lack of competence in the field of gambling.

The Court reached such a verdict by extensively recalling the reasoning of the famous Constitutional Court ruling 220/2014, which was summoned in first instance for the same proceeding. Furthermore, in a brief but significant passage the Council of State offers useful comments on the question of eligibility and proportionality of time restricting measures.

First of all, diverse and specific aspects relating to time restricting measures, which are currently under the examination of the various Regional Administrative Courts (TAR), are not taken into consideration. Particularly, among other important issues that are not dealt with are the following: (i) the lack of assessment of whether the harm inflicted to protected interests (pathological gambling or, as in the case of Salerno, traffic) originates from legal gambling rather than from an uncontrolled expansion of illegal gambling offer; (ii) the suitability of the measures in regards to the targeted scope (from a scientific prospective the reduction of daily opening hours are unfit for halting pathological gambling); (iii) the incompatibility of switching-off gambling devices with the norm that imposes constant monitoring of machines and reading service standards, which could be compromised precisely because of switching-off policies. We will further examine these claims in another occasion.

A second idea, which is today’s main topic, is that upon the request of the operator the Council of State seems to imply that it is correct to carry out an adequacy and proportionality assessment of the limits imposed by Salerno’s regulation. Furthermore, the court focused on the burden of time restrictions, so much so that they counted both the daily closing and remaining hours during which gambling shops can operate (the legal system qualifies all of the remaining hours out of the total amount of daily working hours, as “working” ones).

More in detail, the following paragraph clarifies the abovementioned: “(…) the formulation of opening hours of legal gambling shops, or time-slots for the switching-on and off of gaming machines (…) seems to be reasonable criteria, sufficiently justified for the application of the principle of proportionality, principle which the appellant claims to be violated, given that even during the school year 14 daily hours are guaranteed, while during the holidays and the rest of the year the total number of daily opening hours reaches 17 a day, data that is hard to reconcile with the idea of being economically penalized, on the contrary the point into the direction of a reasonable balance of different interests that are also protected by the Constitution.”

It is important to note that, when specifying the amount of daily opening hours of gaming rooms (14 during the school years and 17 during the holidays), the ruling does not take into account that said regulation actually provided for a smaller number of daily opening hours for AWP (9 hours circa during the school year), which would otherwise be deemed unproportionate, in line with fact that the Court declare double the hours as fit.

Having said that, and having consider the matter in general terms, more recent regulations adopted by other municipalities, which have also been appealed, allow for half of the number of hours as set by Salerno’s Municipality, amount that the Council of State declared fit and proportionate.

Indeed, there are cases in which the regulation imposes the closing/non-functioning of business activities for 8 hours a day, in contrast to a regular 16 hours working hours a day. This means that what the Council of State has declared as a “guaranteed opening” is not of 14 or 17 hours, but of only 8 hours per day.

For what concerns specific interests, every hour that a shop is closed directly, negatively and drastically affects the economic sphere of legal gambling operators, because their revenue is commensurate to the volume of gaming. Vice versa, most of the costs are fixed (for example the cost of electronic network, salaries, investments, rent). Therefore, this hypothesis is necessarily economically (costs exceed revenues not in a temporary way, but as a business model) and financially (there isn’t and there will not be enough inflow of money for paying fixed expenditures) unsustainable. Such imbalances are not merely temporary, rather it become the business model because they are the consequence of permanent regulations.

Apropos of the principle of proportionality, this is not a mere reduction of both state and business revenues, as someone has argued, given that the daily opening hours is of only 8 hours per day, thus 50% of a normal working day, and 50% of what the Council of State has argued was a fit number of hours for the city of Salerno (as already said 14/17 hours).

The same could be said in many other cases, regulations which have also been appealed. It would be like asking/imposing a business to work from January to June, while closing from July to December, yet facing costs for the whole year.

The unproportionate reduction of revenues is also unsustainable if one bears in mind all the investments made before the entry in force of these regulations, and the significant amount of taxes already paid in light of the Budget Law (Law 190/2014, article 1, comma 649, and Decree ADM of January 15, 2015).

It is a known fact that the principle of proportionality is part and parcel of the general administrative sphere. Said principle implies that measures aimed at safeguarding public interests are illegitimate if they demand an excessive sacrifice compared to interests deemed to be protected, protection that could be exerted via the adoption of an alternative measures. Notably, the jurisprudence has declared that “the authority (…) is always bound to respect the principles of (…) proportionality and coherence among the factual circumstances and the content of the act, and the principle of the minor sacrifice as possible for private recipient of the relevant regulation which negatively impacts their judicial sphere” (see Council of State, 23.08.2000, n. 4568).

Therefore, the assessment of such an equilibrium should and must be carried out during the judicial phase, with proper foresight, precision, and without prejudice, because it is a vital for the survival of legal gambling business, thus of specific and general interests.

For what concerns the regulations currently appealed, the shutting-down imposed is certainly not proportionate and it does not aim at finding a way to imposed a minor sacrifice as possible for a private recipient, and imposes the amount of 8 daily opening hours: we are dealing with a mutilation of the economic initiatives, so much so that it prohibits them from working half of the lawful time.

The hope is that these findings will be taken into consideration even before the entry into force of the government draft law in implementing the fiscal enabling act, which among others clearly states that: “(i) in exercising its powers (…), the Regions and the Municipalities comply with the provisions of the present law, which constitutes a national coordinating measures in the field of gambling, refraining from enacting laws or taking actions that nullify the unity of the national regulatory framework which is primary source in the field of gambling; (ii) “during the Joint Session the State, the Regions and the local authorities determine the arrangements in the field of territorial distribution of gaming halls which offer legal gambling (…). These arrangements must, in every case, result in ensuring the possibility of having a uniform licenses regime at the national level and throughout the country, as well as safeguarding assets.”