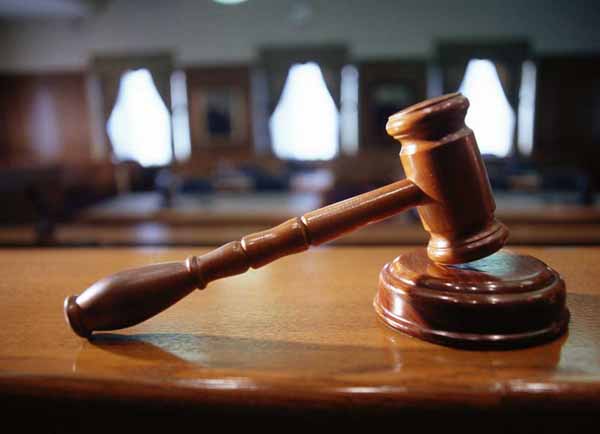 28 Aug The Legislator has distanced itself (Gioconews January 2016)

Posted at 09:55h in Articles by GCLEGAL

Even the legislator is more and more convinced that current legal gambling regulations cannot be so disorganized nor can they result in prohibitionism.

A few days ago, the Council of State released a series of ordinances that, by accepting a legal gambling operator’s appeal and in a certain way of all its sector, has de facto charged Liguria’s Regional Administrative Court (TAR) with the urgent task of debating whether the minimum distance as set by Liguria’s Regional Law of 2012 n. 17 (see ordinance number 5332/2015 and 5333/2015 of 01/12/2015), is constitutional. Few hours after releasing said ordinances, the Council of State was addressing Tuscany’s Regional Administrative Court with regards to Tuscany’s Regional Law of 2013 n. 57 (see ordinance 53337/2015 of 01/12/2015). Said ordinances are in line with the spirit of a referral to the Constitutional Court concerning the question of legitimacy of Puglia’s minimum distance, as provider for by Puglia’s Regional Law of 2013 number 43 (see ordinance 2529/2015 of 22/07/2015).

If it is true that the Justice Department is starting to signal that they acknowledge the illegitimacy of the prohibitionist effect of the existing regulations, it is also true that the legislator has long been arguing about it as well.

It is a known fact that the legislator has clearly signaled that there is a need for unified handling of legal gambling phenomenon. The reasons for such are the following.

First of all, there are a series of principles, expressed with regards to 2014 Fiscal Delegation (Delega Fiscale), whose aim is to: (a) Unify the legislation concerning legal gambling at a national level; (b) regulate and not crowd out legal gambling business because of the need to safeguard bona fide, public order and security; (c) balance state revenues with local ones and with those related to public health, prevent money-laundering, guarantee stable gambling tax revenues (article 14 of Law n. 23 of 11/03/2014).

Verily, article 14 of the 2014 Fiscal Delegation provides for the rearrangement of the existing public gambling rules creating a Legal Gambling Code, with the aim of regulating the matter in a unified and uniform way at the national level, in accordance with certain principles, such as “introduce and guarantee the application of transparent and uniformed laws throughout the entire national territory in regard to gambling supply permit, authorizations and monitoring, guaranteeing binding forms of involvement of the relevant municipality, making sure to provide a minimum distances form sensible locations valid throughout the entire country, the dislocation of gaming room and of shops in which the core business is sport’s bets, as well as in the field of eligible equipment for legal gambling as per article 10 comma 6 letter a) and b( of the Consolidated Law on Public Security (TULPS)”.

Moreover, it calls for “binding forms of participation of the relevant municipality”, and not of other autonomous body, when establishing rules concerning the distribution of gambling.

All of it must be in accordance with “the State’s right to define the necessary rules for public order and security, assuring the safeguarding of the regulatory framework already issued at the local level that follow the principles of the present letter”.

Second of all, it is important to recall the principles laid down during the implementation phase of the delegation, as reflected in the Draft Legislation currently under examine (see Draft Legislation, Senate Deed number 2000/2015).

In particular, article 6, comma 1 and 2 of said Draft Legislation provide the following: “1. The organization and the exercise of public gambling (…) is reserved to the State. Moreover, the identification, the approval and the gambling activities framework (…) are also reserved to the State. The organization and the exercise of said activities as per the first paragraph are entrusted to the Ministry of Economics and Finances, which exerts them by mean of an Agency, which in turn can carry out the task directly or by concessions contracts, of natural or legal persons, which are proved to be sufficiently suitable. In case latter case, the fees and the payments methods are agreed upon in concession contract. In the exercise of their normative and administrative power, the Regions and the Municipalities comply with the provision of the present law which constitute national coordination rules in the matter of gambling, refrain from introducing measures or from taking action which would jeopardize the unity of the national regulatory framework which are the primary source in the matter of public gambling.”

Moreover, article 13, whose heading provides as follow “Territorial allocation of physical gambling offer”, of the same law affirms that: “1. During the Joint Conference the State, the Regions and the local authorities stipulate measures aimed at the distributing gaming halls that provide gambling activities (…) Such measures must ensure the creation of a standardized gambling licenses valid at the national and local, as well as their assets.”

Nevertheless, Chapter VIII “Pathological gambling combat measures”, article 30 comma 1, of the same law states that “1. A permanent Board of representatives of the government, regions and local authorities, representatives of organized agencies of the gambling sector, firstly such as licensees and gambling tech industries ones, as well as families and youth associations representatives which are registered in the appropriate list of the committee as per article 4, with the aim of identifying and constantly updating of measures, which are also in compliance with EU law, whose target is to fight against gambling websites “.com”.

Moreover, it is no exception that, always in the case of said Draft Legislation, in order to clear up any doubt article 1 crystallizes the principle that must be applied upon entry into force of the current implementation of the delegation: “(…) all of the possible regional or municipal measures, that can influence public gambling in any shape or form, must be in compliance with the present code. The Regions and the Municipalities that, upon the entry into force of this law, have enacted measures which are not in compliance or are in contrast with those of this code will promote their changes aiming at making them in line with the present law.”

Finally, as proof of the intentions of legislator in charge of implementing the delegation, in the attached declaration of the same draft legislation, he expressly states “a transparent and unified application of the rules on the entire country is guaranteed (…) through an adequate form of participation of municipalities during the authorization and planning process concerning the relocation of gaming rooms (…) [and of] equipment.”

Besides, we already had the chance to recall that importance of the principles enshrined in the unfolding reform of Title V part II of the Constitution, which provides for the reduction of competence for the national level in the field of health, and changes to article 17 of the Constitution, which delineates the power of the State to revoke shared competences in special cases such as the one und examination (art. 24 and following of the Legislative Decree n. 1429 approved by the Senate August 8, 2014).

In particular, article 117 of the Constitution, in said form, gives the State exclusive legislative power in case of general norms for the safeguarding of health, and grants the States the ability to “intervene in matters or functions not reserved to its exclusive legislation, when in need of safeguarding the unity of the legal or economic system of the Republic, or when necessary to the realization of programs or economic-social reforms of national relevance.”

The above-mentioned reform de facto centralizes the exclusive competence in the matter of health and, in turn, all the regional and/or county measures enacted based on concurrent competences will be evaluated considering the constitutional reform.

The need for a unified code in the matter of health, as well as the need for a very extensive inquiry at the national level, with the aim of ensuring the efficacy of the measures adopted in the field of gambling compared to their purpose, drive the legislator in the direction of advocating for itself such exclusive competence, preventing local administrations from enacting inconsistent and ineffective laws.

In other words, what seems to be the case is the growing realization of the fact that, if on the one hand at the local level there is a certain level of legislative power in the field of gambling, on the other said legislation should not be uncoordinated nor result in a total prohibition of the phenomenon because it is in contrasts the national law. Therefore, time restrictions, minimum distances or geographical restrictions which result in crowding out legal gambling, should not be implemented.