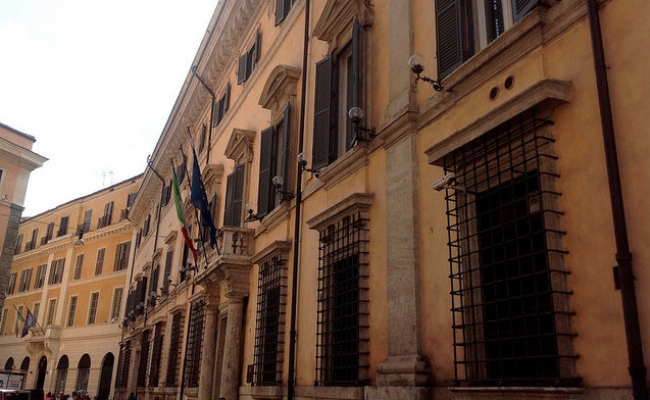 Posted at 11:56h in Articles by GCLEGAL

EVEN THE STATE-REGIONS CONCERTD ACTION AS PROVIDED BY THE 2016 BUDGET LAW IS AGAINST THE CROWDING OUT EFFECT ON LEGAL GAMBLING, BUT IT MUST BE COMPREHENSIVE AND MUST BE ENACTED ON TIME

Among other things, the 2016 Budget Law calls for the ritualization of the concerted action procedure between State and Regions in order to tackle the growing problem of uncoordinated and fragmented local regulations targeting legal gambling.

Notably, the procedure under consideration is the one as set by comma 936, which states “By April 30, 2016, during the Joint Session, are to be defined the characteristics of public gaming facilities, as well as criteria for its distribution and territorial allocation, with the aim of ensuring the highest levels of protection for health, public order, and the player’s bona fides, and to prevent minors from accessing gambling. The measures achieved during the Joint Session are transposed by Decree of the Ministry of Economics and Finance, having consulted the relevant Parliamentary Committees.

This passage seems to give a glimpse of hope for the reorganization of the so called territorial issue.

Undoubtedly, such initiative represents yet another attempt of the legislator to try to limit at a national level the possible proliferation of regulation enacted by local administration, either they are Regions or Autonomous Counties, or Autonomous Municipalities. Further attempt from local administrations to expand their administrative actions mainly consist of restrictive regulations concerning the distribution and territorial allocation of legal gambling: (i) in terms of minimum distances (which are so broad that result in a radical crowding out effect); (ii) in terms of time restrictions (de facto making it too economically inconvenient for business to be open); (iii) in terms of advertising bans (practically hindering any form of communication).

In this regard, a first comment can be made. Legal gambling operator expects an orderly regulatory regime not only in respect to the spatial dimension (to limit the crowding out effect of the minimum distances regulations effects), but also concerning the temporal (in order to reduce time restrictions regulations) and communication dimension (with the aim of avoiding total advertising bans).

Another aspect of this issue is the importance of respecting the April 30, 2016 deadline, as set by the legislator.

The preoccupation lies on the fact that it is hard not to bear in mind previous attempts of the legislator, always at the national level, to ensure that rights of both the citizens and operators are respected. As of today and despite the “Balducci Decree”, such effort seems to not the be fully achieved. In particular, article 7 comma 10, provides the following “The Custom and Monopoly Agency, taken into consideration public interests of this sectors, on the basis of certain standards, among which there are distance from primary and secondary educational facilities, healthcare and hospitals facilities, place of worships, socio-recreational and sports centers, standards which are defined with Decree of the Ministry of Economics and Finance, in agreement with the Ministry of Health, after having reached an agreement during the Joint Session, as per article 8 of the Legislative Decree 28 August 1997, n. 281 as amended, to be adopted within one hundred and twenty from the day of entry into force of the present decree, provides for the planning of a gradual reallocation of physical public gaming facilities in which gambling is practiced through equipment as per article 110 comma 6, letter a), of the Consolidated Law as for the Royal Decree n. 773 of 1931 as amended, which are in the proximity of said places. Such planning concerns the licenses awarded after the date of entry into force of conversion law of the present decree and apply to every new license, depending on the location of primary and secondary educational facilities, healthcare and hospitals facilities, and existing places of worship. The results of the audit as per article 9, as well as every other qualifying information acquired in the meantime, excluding proposals made by Municipalities or their regional or national representatives, are to be taken into account when planning.” Well, the news enables us to clarify that many years after, upon expiry of the above-mentioned time limit of one hundred and twenty days, no planning for the reallocation of license which were not awarded at the time has been put forth.

The focus is on the April 30, 2016 deadline, as set by the Budget Law, which calls for defining the characteristics for public gaming facilities, as well as their distribution and territorial allocation. Delaying or non-acting could be fatal.

The expectations are high, due to the growing restricted regulations concerning the territorial allocation of gambling, such as the ones enacted by the Naples City Council which results in a total prohibition of gambling.

The reason why shedding light on this matter is a top priority is due to the fact that, in effect, the Budget Law itself set the rules for the allocation of new bookmakers as a replacement of the expiring ones. When deciding whether to engage in this economic activity or not, the operators who wish to do so certainly face a series of question when dealing with their business plan.