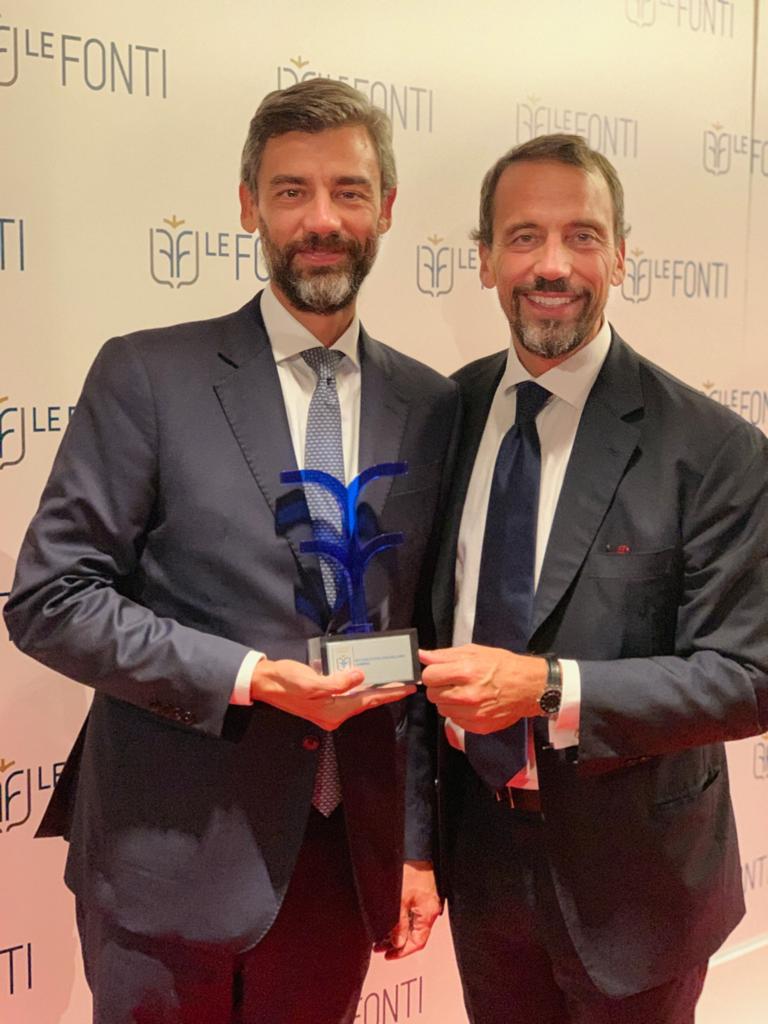 Posted at 22:28h in Articles, Press releases by GCLEGAL

Milan, October 10, 2019 – Studio Cardia e Cardia received last night in Milan, in the prestigious location of Palazzo Mezzanotte, “Le Fonti Awards” as “Boutique of Excellence of the year in the gaming sector“, for “efficiency, commitment and ability to stand out in highly articulated and constantly evolving sectors, such aspublic gaming, and for the undisputed ability to lead the law firmand to form a team of highly qualified lawyers “.  To receive the award, Geronimo and Alessandro Cardia.

“The award is a great satisfaction.   A recognition to the law firmthat is focused almost on a daily basis on the evolution of a legalsystem that took its first steps in 2001.  We are glad to know thatsomeone has noticed all the work carried out day by day for the sector.    But another award should be given to the legislator, if he were finally able to give to the operators what they are askingsince a long time: a reorganisation, a framework law that couldsolve many of the problems in the gaming sector “, declaredGeronimo Cardia.

“The award is a beautiful goal, the gives us great emotionstonight, but it must not be considered as an arrival point. We havemany future projects in several sectors, in addition to gaming one, such as real estate and contractual and administrative profiles of the shopping centers, not to mention the governance in board of auditors, supervisory bodies or boards of directors. The major project, however, is surely to obtain the utmost confidence from our customers”, said Alessandro Cardia.